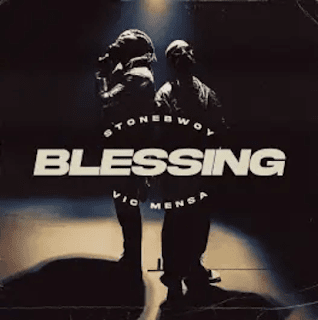 Stonebwoy was born in Ashaiman in the Greater Accra region of Ghana and began making music in his early school days. He realized his talents and abilities as a lyricistand scriptwriter at an early age, remembering writing and acting drama pieces as far back as the fourth year in primary school.

He also studied at Methodist Day Secondary School the same year with rapper Sarkodie where he gained his High School Leaving Certificate. He continued his tertiary education at University of Professional Studies to earn a degree in Marketing in 2013.

Stonebwoy is Married to Dr Louisa Ansong, with two children.

Stonebwoy is a fan of FC Barcelona.

Under “Samini Music”, Stonebwoy recorded his first hit single “Climax” featuring Samini and subsequently “Ghetto Love” featuring Irene Logan. Both songs earned him nominations at the Ghana Music Awards. After this exposure, he released his debut album “Grade 1 Album”. The album contains seventeen tracks which featured prominent Ghanaian artists including Tinny and Edemaside from those mentioned above. The release of the debut album made the Stonebwoy brand a household name in the music industry.

In 2014, Satekla released his second album, called the Necessary Evil. It consists of twenty-nine tracks, including the famous Baafira track that featured Sarkodie. The album was the recipient of three Ghana Music Awards from six nominations.

Released on 12 December 2017; the Epistles of Mama was dedicated to Satekla’s late mother by name Mrs Catherine Lucy Aku Ametepe Satekla. The 24 track album features Sean Paul, King Promise, Burna Boy. The album peaked at Number thirteen (13) on Billboard chart top 200 albums worldwide. In 2018 ‘Epistles Of Mama (EOM)’ was rated the second-best album in the world according to reggaeville. The Album was honoured by YouTube for hitting over 10 million views.

Reelboy, a young Ghanaian musician, out with Outside Freestyle Produced END_OF_DOCUMENT_TOKEN_TO_BE_REPLACED